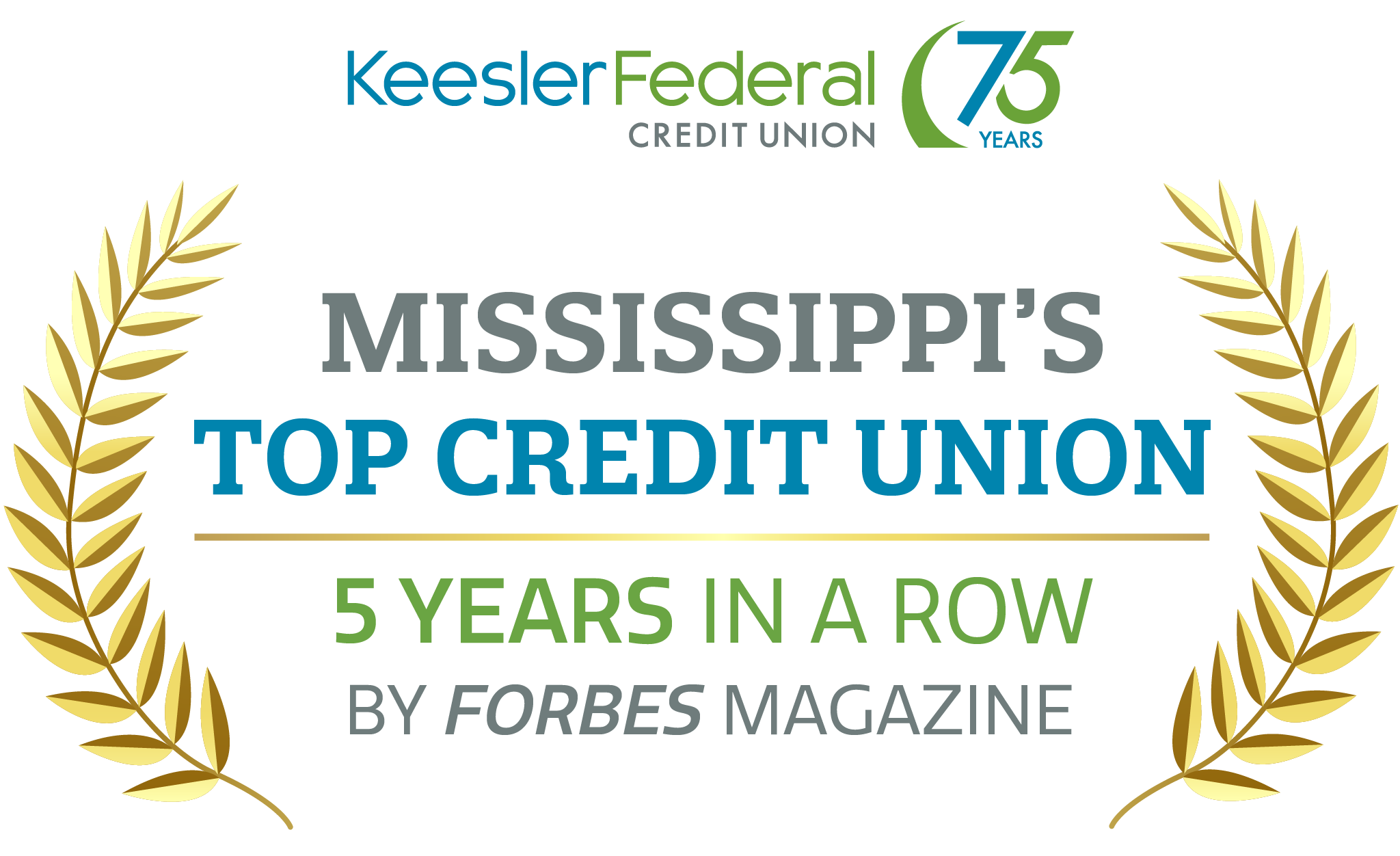 Forbes business magazine has recognized Keesler Federal Credit Union as the top credit union in Mississippi for the fifth consecutive year. The honor also means that Keesler Federal has been recognized every year since the rankings began in 2018.

Forbes and market research firm Statista identified America’s Best-In-State Credit Unions based on a 2022 independent survey of approximately 26,000 members nationally who were asked to rate credit unions at which they have or previously had, a checking account.

Respondents were asked to provide an overall satisfaction score and if they would recommend that credit union to friends and family. Respondents also answered a detailed battery of questions focused in six separate facets of the relationship: Trust, terms & conditions (including reasonable and transparent fees), branch services, digital services, customer service, and financial advice. Based on a 1-100 scale, scores ranged from 74.2 to 93.6, and just 3.4% of credit unions across the country made the cut for the best-in-state rankings.

The rankings were announced June 21 and posted on the Forbes website. The story and list can be found here.

Keesler Federal, which is celebrating its 75th anniversary in 2022, was the only Mississippi credit union honored.

Biloxi-based Keesler Federal has 39 locations across three states and three in the United Kingdom (associated with military bases), and 780 employees. The credit union is a not-for-profit cooperative owned by its 280,000 members.

“To be honored for the fifth straight year reflects on the strong strategic leadership that our board provides and high level of member service our associates deliver each and every day,” said Andy Swoger, Keesler Federal President and CEO. “Keesler Federal continues to enhance our technology and mobile offerings while at the same time maintaining best-in-class service. The fact that our members believe so strongly about Keesler Federal is gratifying.”

About Keesler Federal Credit Union
Established in 1947, Keesler Federal is a dynamic, stable, financially strong credit union dedicated to building a better community, one member, one relationship, one financial solution at a time. With over $4 billion in assets, Keesler Federal is the largest Mississippi-based credit union and 80th largest nationally. The not-for-profit financial cooperative is owned by its more than 280,000 members worldwide and has 39 locations throughout the Mississippi Gulf Coast, Jackson, Hattiesburg, Mobile, and greater New Orleans markets. Keesler Federal proudly serves the financial needs of people from all walks of life, and membership is widely available to thousands who live, work, worship, or attend school in these areas.